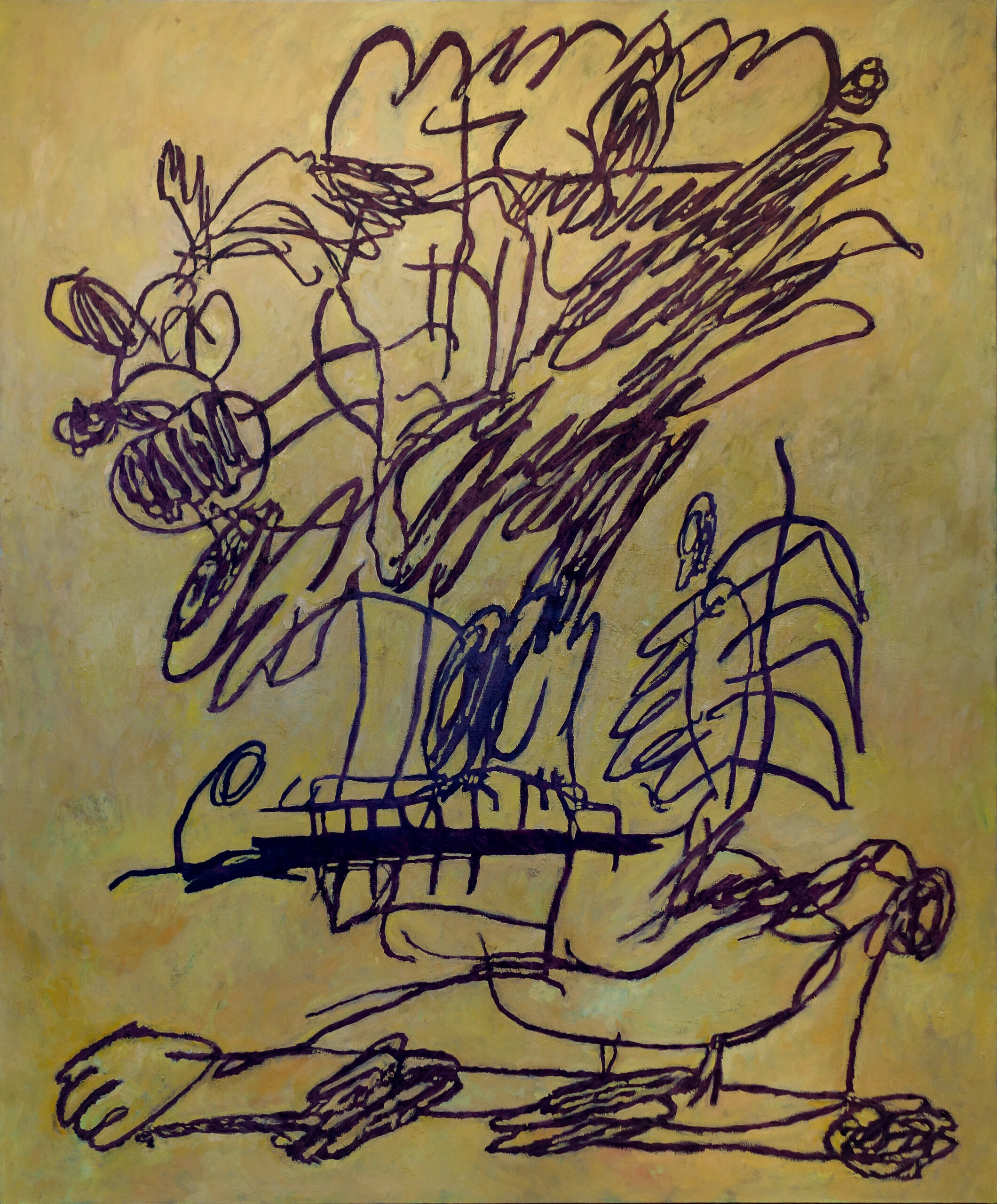 "Guide me to the layers of things. Let me walk to a crossroads where literature and aggregate intersect and exchange ideas, leading me into the mechanosphere of painting. A crossroads where literature and the rock of everything intersect and exchange ideas. Let me draw from literature and spread concrete on the bedrock: we are building a new city. We wash our hands with soft soil and filter water through coarse sand. We erect gentle statues and make love in the concrete palace. Such is the urban monkey's way, it circles its intangible tail lost in its growth-oriented thoughts. Against it stands the movement of escape towards soft compassion in the quicksand of a short life.

In making this exhibition, stone and layering have been two of the key things I have focused on. Conceptually, I have relied on them when considering the texts of Gilles Deleuze and Félix Guattar. On the one hand are the 'city' and the urban figure pushing outward into the world. The first question is: what is it like in the city? Secondly, the city – and its inhabitants – become undone and rebuilt in the interior of the city. It's a non-stop layering process. The stone is layered on the stone, the memory is layered on the memory. Much is lost both on the outskirts of the constant movement and in its many centers.

So I had painted a stone and a figure, but something seemed to be missing. I reached towards the techniques of drawing and began to explore possible ways of viewing these topics through line-based work. Something fell into place. The way the vibrating lines began to settle into each other seemed to reach the essence of man-made concrete, the urban world. Like resurrected statues, slow movements of stone machines that refuse to be defined as just this or that, forever changing their shape under the pleating weight of new layers." 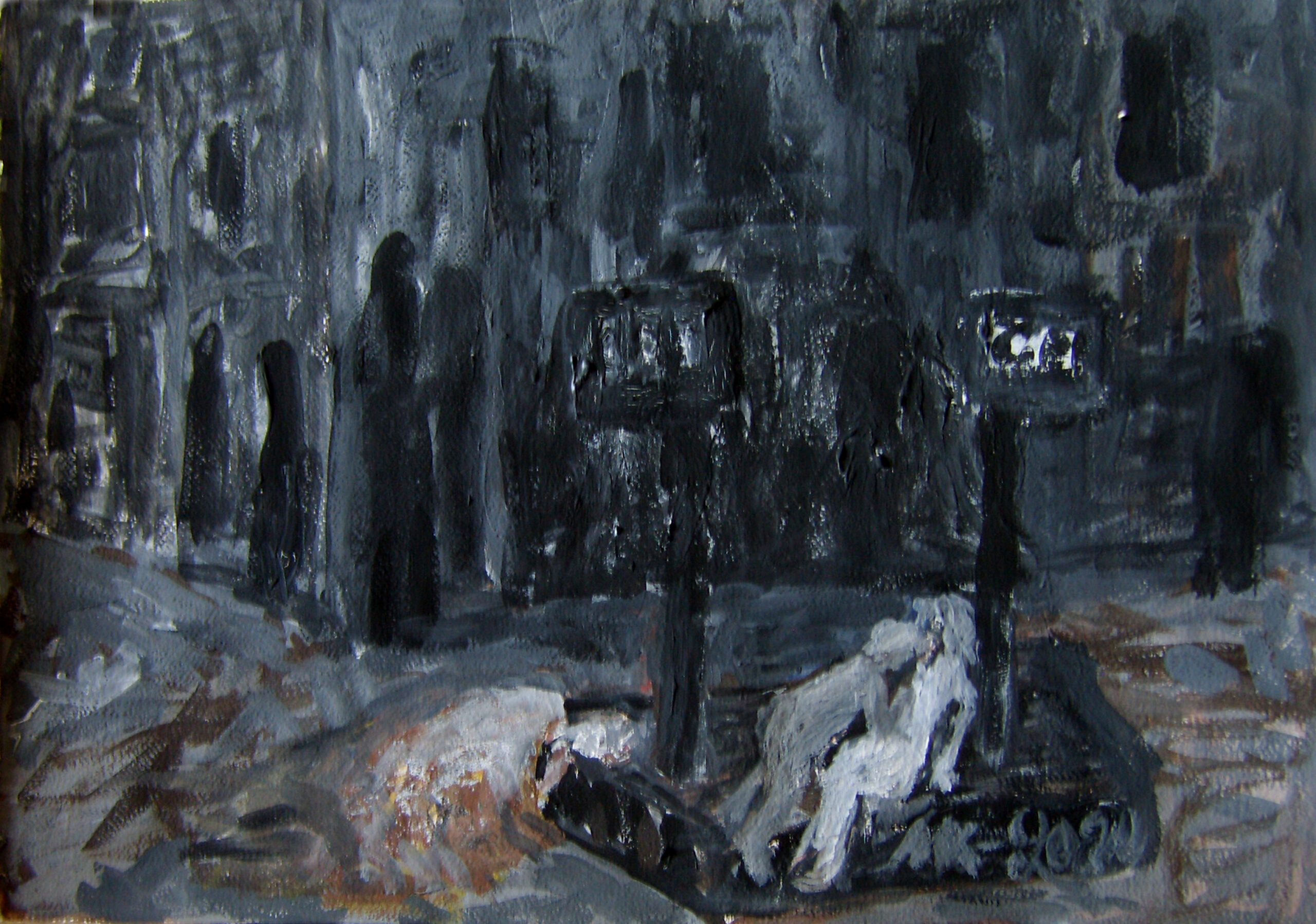 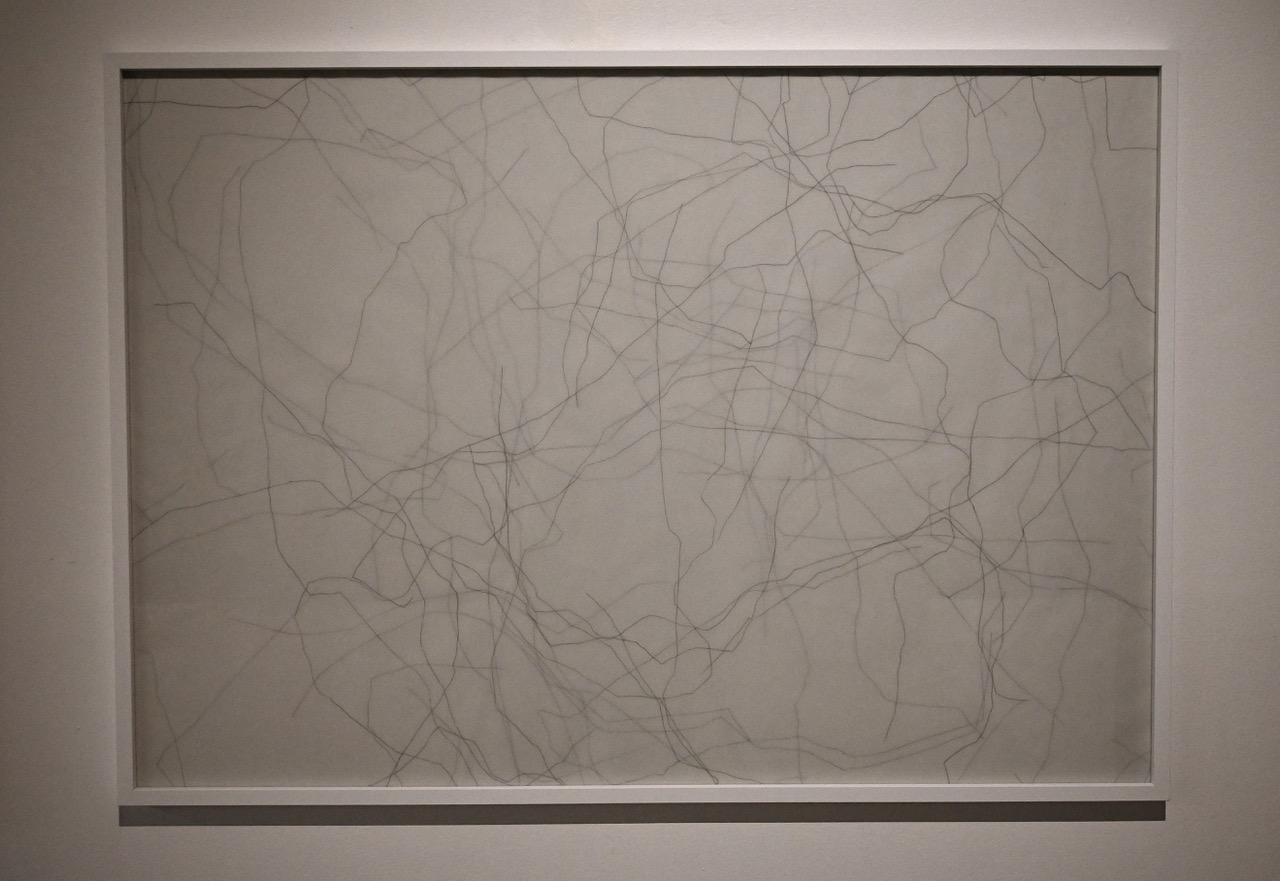 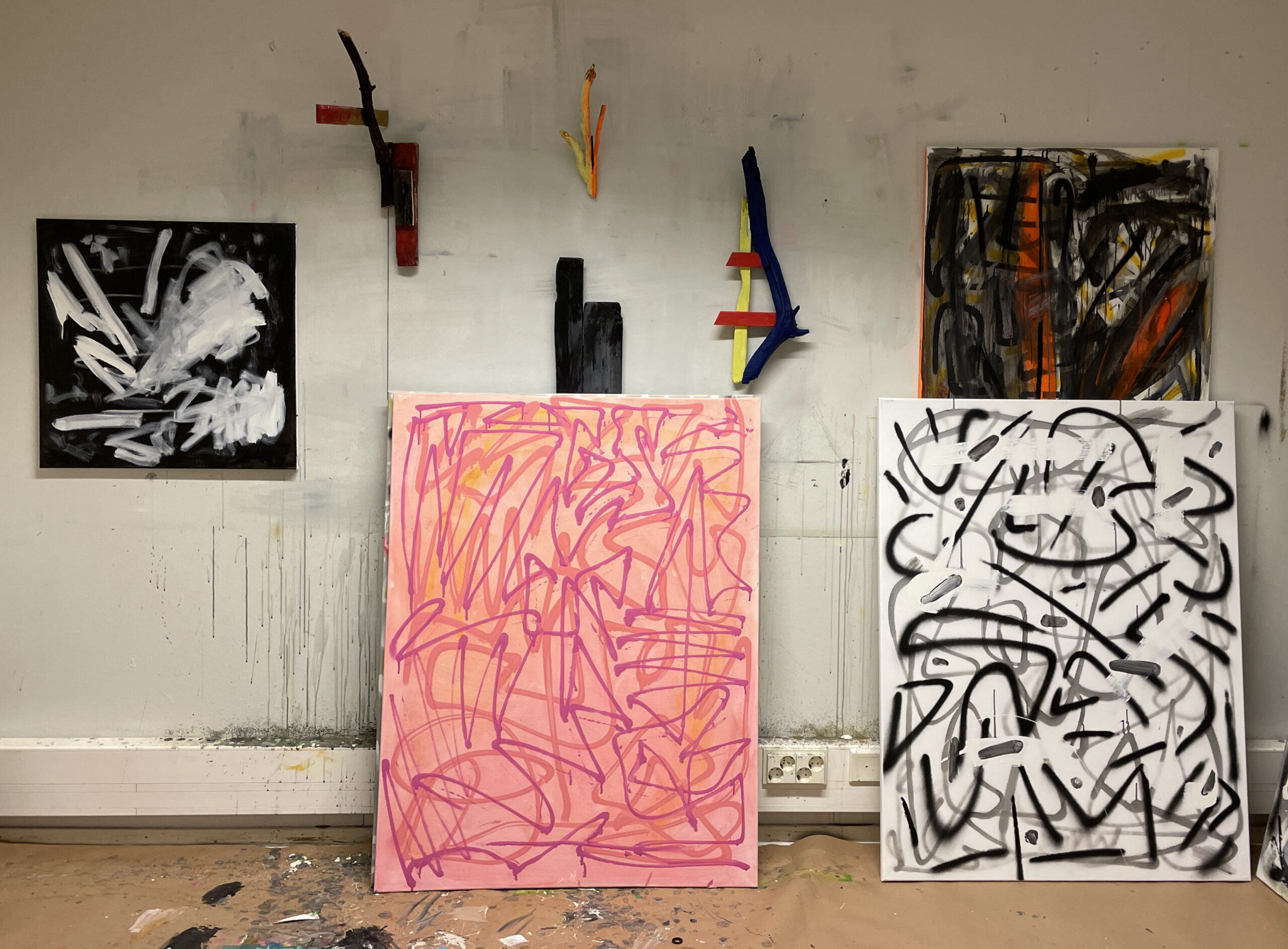 ABOUT THE EXHIBITION PROGRAMME 2022-23